Verification of Lawful Presence in the United States

Effective January 1, 2012, all students applying for in-state tuition must provide validation of lawful presence in the United States. Documents listed below satisfy the lawful presence requirement.

The following documents may be submitted to Student Affairs staff at the Appalachian, Marietta, North Metro, or Paulding campuses or using the Admissions Document Upload Form.

The following documents must be submitted in person to Student Affairs staff at the Appalachian, Marietta, North Metro, or Paulding campuses. (CTC does not accept electronic submissions of these documents.)

Any student who cannot be verified as lawfully present in the United States is not eligible to be considered for in-state tuition, regardless of how long he or she has lived in Georgia. In addition to being lawfully present in the United States, students must meet the in-state tuition requirements as outlined in TCSG Board Policy and Procedure V.B.3 to warrant an in-state classification. Students who are initially classified as out-of-state and who successfully petition to have their residency changed to in-state must also meet the verification requirement.

If you have questions about verification of lawful presence, contact your Admissions Counselor. 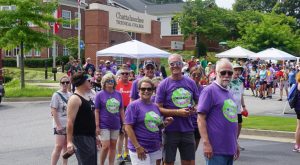 Chattahoochee Technical College recently welcomed local business and community leaders Lewis Collum and Kent Sanford to the college’s Board of Directors. “Lewis is a great community leader in our region,”

The Chattahoochee Tech Foundation recently welcomed four new members to its Board of Trustees. Joining the board were local business leaders Snehal Doshi, John Garner, Karen Hill, and Robert Stephens.

Bannerweb will be temporarily down