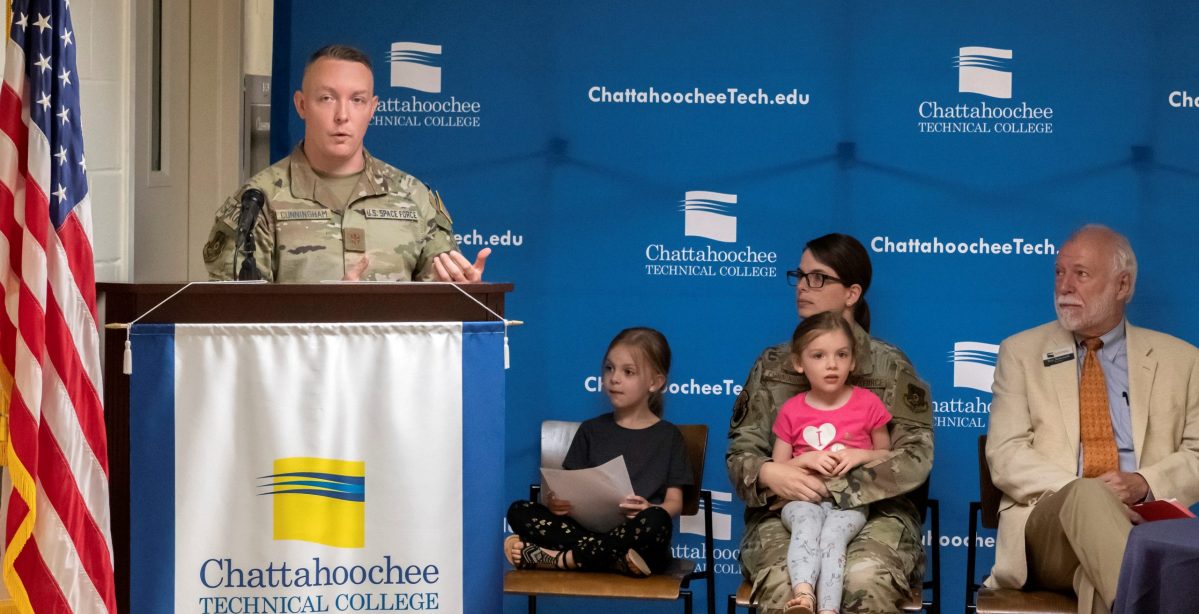 This flag will be displayed in the college’s Jim Cunningham Veteran Services Center, along with the flags of the U.S. Army, Marines, Navy, Air Force and Coast Guard. This center factors significantly into providing a supportive environment for hundreds of Chattahoochee Tech students who are veterans or military-affiliated family members. For the past four consecutive years, Chattahoochee Tech has been designated as one of the nation’s top military friendly schools.

The U.S. Space Force (USSF) is the newest branch of the U.S. Armed Forces, established on Dec. 20, 2019, with an enactment of the Fiscal Year 2020 National Defense Authorization Act.